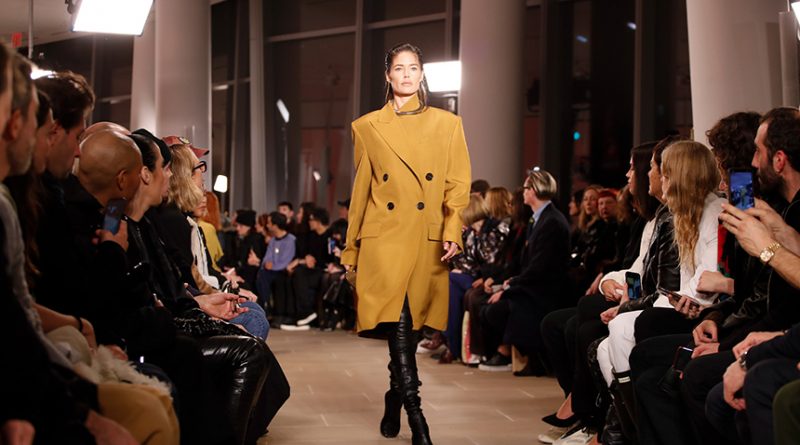 Proenza Schouler is a New York based womenswear and accessories brand founded in 2002 by designers Jack McCollough and Lazaro Hernandez. The duo met while studying at Parson’s School of Design eventually collaborating on their senior thesis, which became their first collection as Proenza Schouler. Named after the designers’ mothers’ maiden names, the collection was bought in its entirety by Barneys New York.

Proenza Schouler is defined by its fusion of craftsmanship and attention to detail with a sense of refined ease. Inspiration drawn from contemporary art and youth culture is combined with an emphasis on tailoring and the use of custom developed fabrics.

Proenza Schouler has played an important role in reinvigorating American fashion. Awarded with the inaugural CFDA Vogue Fashion Fund award in 2004, the emerging brand was established as a leading talent in the industry. Proenza Schouler has won five CFDA awards, including the 2003 Swarovski award for Ready-to-Wear, the 2009 Accessory Designer of the Year award, and the Womenswear Designer of the Year award in 2007, 2011, and 2013.